It all started with a bourbon on the rocks and a toothpick, a toothpick slowly taking on the nuances of the spirit in Tom Petschke, Jr.’s glass. In that moment, Petschke knew he wanted to develop a bourbon-flavored toothpick to share that same experience with others. The journey ultimately led him to the doors of Kelvin Cooperage and an appearance on Louisville Dream Funders, Louisville’s answer to “Shark Tank." Today, Petschke hand-makes bourbon barrel toothpicks and skewers from his home shop in Crestwood, Kentucky. With the help of some fire fighters from the department where he volunteers (and his 19-year-old son), Petschke crafts his products from cracked barrel staves, and parts of the barrel discarded by Kelvin Cooperage when it refurbishes used barrels for resale. In a given year, he estimates being able to repurpose roughly a hundred barrels-worth of staves into tasty products to stir your drink or grill dinner.

When asked what has been the biggest highlight since starting this venture, Petschke immediately recalls the day he was invited by Anne Taylor, Guest Services Manager for Heaven Hill's Bourbon Heritage Center & the Evan Williams Bourbon Experience, to pitch the Petschke Pick. He remembers thinking, “Wow, this is cool! We made it to the Evan Williams boardroom!” These days, the most consistent sales continue to originate through his partnerships with distilleries. Heaven Hill in Bardstown, Kentucky, and the Evan Williams Experience in downtown Louisville remain loyal partners. Petschke also speaks fondly of being able to work with Neeley Family Distillery in Sparta, Kentucky, and the day he was given the chance to offer a trial of his product in their gift shop.

The Petschke Pick workshop includes a lot of standard wood-working equipment, with a few self-customized tools for breaking down the staves into “paint stick” sized paddles. He partners with another company to further process the staves into dowel rods, partly using equipment he designed. From there, they are shaped and sharpened into toothpicks and skewers, again using another machine he designed out of a belt sander. Originally, the bourbon barrel toothpicks were only available in a shot glass package. However, whenever Petschke would ask return customers how they were enjoying the product, they’d state they were too nice to open. This inspired him to come up with a more accessible option: a keychain version that he, also, fashioned from bourbon barrel wood.

In addition to distillery partners, Petschke has set up at the Kentucky Bourbon Festival for the past 4-5 years, which has been a huge source of loyal customers. He recalls his first year at the festival being full of torrential downpours. He invited a couple to seek shelter under his tent; that same couple revisits his table each year to show their support and stock up. Online orders are another source of steady business, and he likes to recognize his regular customers with giveaways such as the Petschke Pick magnet (complete with a dipped wax seal). The Petschke Pick is available to purchase from both Total Wine stores in Louisville, the Kentucky Proud shops and boutique shops in La Grange and Louisville. Bourbon Barrel Foods has the Petschke Pick available in their brick-and-mortar and online stores.

The newest product to join the Petschke Pick line are their bourbon barrel skewers. With some assistance from his cousin, an executive chef, they began running some trials to troubleshoot a better skewer. What stands out right away is that these skewers are square in diameter, rather than round, and thicker than a typical skewer. This design helps prevent your meat and vegetables from rotating on the skewer, and the thickness makes them less likely to break. Even better, if you soak your skewer in a marinade, it helps to infuse that flavor into whatever you place on the skewer - Petschke recommends soaking them in your favorite bourbon to infuse steak and chicken. “I’ll watch Matt Jamie as he does those live feeds where he’s cooking in his kitchen with Bourbon Barrel Foods and, wow, that takes a lot of thought. My mind is on other things than cooking, but I like the fact I can help people who are passionate about cooking to give them that competitive advantage.”

As for future growth, Petschke sees opportunity within the current product lines. His ultimate goal is to bring the Petschke Pick to the Kentucky Derby. The company already releases a specialty shot glass package of Petschke Picks with a Kentucky Derby theme, as well as other custom releases around Christmas. Planning an upcoming wedding or other special event? He takes custom bulk orders, and they can be carried on a plane without issue for any of your guests who are traveling.
​
So, what’s the best way to enjoy a Petschke Pick? He recommends visiting where his story started, with a bourbon on the rocks - preferably, Angel’s Envy.
Article by Christi Atkinson, Bourbon Zeppelin The bourbon magazine of newsletters! Issue #80 - May 1st, 2020
Written for bourbon fans, by bourbon fans! 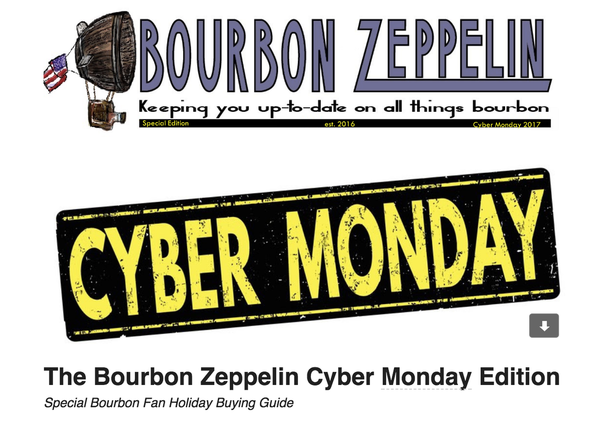 Upon arrival, I noticed how great the product looks. The picks come in a shotglass with a wax seal on top. As soon as you pop that wax seal, and uncork the shotglass, you start picking up the scent of bourbon. I put a Petschke Pick in my mouth. While I didn't get an immediate taste of bourbon, after about 30 seconds here came a wave. The pick itself is amazing. I don't know that "artisan" and "toothpick" have been put together before, but those words work perfectly together here. The Petschke Pick has a rounded side so you aren't stabbing the inside of your mouth and a pick side if you do in fact need to put it to work.

The real beauty of this item is the fact it becomes an experience. The Petschke Pick doesn't splinter and it doesn't turn into pulp if you have it in your mouth for longer than 15 minutes. In fact, with my initial run, I was busy working on this issue of Bourbon Zeppelin and kept it in my mouth for over 3 hours. Three hours! It was still as solid as when I started and delivering a nice taste of bourbon.

​Drinking bourbon is all about indulgence and the Petschke Pick is certainly a fun little indulgence to enjoy from time-to-time!